THE NEW WAVE OF FRENCH MUSIC

France has always had an important hip-hop scene. Since the breakthrough of acts like MC Solaar back in the early 90s, there has been a stream of stars from Paris, Marseille and beyond who have left a lasting impact on European rap. But in the last few years, a new wave of young stars have come to symbolise how the authentic French rap style of yesteryear is blending with US trap influences, internet culture and Parisian multiculturalism to create a visionary new blend of sounds.

Nadim Makhlouf has watched this change happen before his eyes. The 31-year-old entrepreneur and hip-hop connoisseur threw parties throughout the golden era of French rap and still plays a buoyant role in Parisian youth culture. "Bamao, Youv Dee and Lean Chihiro represent Paris in a certain way," says Makhlouf. "They showcase the diversity of that scene. It shows that actually there isn't just one scene, hip-hop has a lot of ramifications."

Youv Dee comes from the Northern district of Paris. You can't miss him. With fluorescent teal braids hanging down over his face and a ring through his nose, the young Parisian star is visually unforgettable and his music has the same effect, hitting you in the chest like a runaway freight train. "I get inspiration from what's happening and what I see," explains Dee, "but I also look for weird stuff so I can stand out among the rest."

“I think my music is energetic and real.”

The 22-year-old artist started rapping while he was still in high school, inspired by a childhood in the tough Parisian suburbs, soundtracked by the old school rap he was hearing through his elders: Bone Thugs-N-Harmony, Tupac, Snoop Dogg. As he got older, those influences turned into pioneering artists like Lil Wayne, Young Thug and the undisputed king of trap, Gucci Mane.

He’s part of a thriving hip-hop collective known as L'Ordre Du Périph, which contains a multitude of music makers of all different styles and approaches. But his debut solo album, Gear 2, was the product of Dee’s mind alone, assisted by the psychedelic beats of the French producer Skuna. Tracks like “Berry” cemented his signature style, awash with ad-libs (“Slay! Slay!”) and bars that land square on the beat.

To Dee, his music isn’t all about the message of the lyrics, it’s about the atmosphere and how it actually makes you feel. Gear 2 (the title of which is inspired by Dee’s favourite Japanese manga series, One Piece) is overwhelmingly party music, but with a savage edge. “I think my music is energetic and real,” he explains.

“Paris is a very multicultural city. You feel less alone when you are a bit different.”

Youv Dee isn’t the only new Parisian star influenced by Japan. Teenage rapper Lean Chihiro made a name for herself back in 2017 with a series of slamming singles (like the satisfying “Summer Hunter”) and DIY music videos. “I’ve always loved Japanese culture. It has always been a great source of inspiration for my music and my style,” explains Chihiro. To her, Paris is a “multicultural city” where you feel “less alone when you are a bit different.” And this new wave of French rap? “It came from the youth,” says Chihiro. “The youth isn't afraid to be judged and to stand for a community.”

Chihiro’s music has the vigour of trap music but is laced with her own melodic hooks. She has the delivery of a young Lauryn Hill and will happily draw inspiration from rock, funk, soul and jazz. Unlike many of her peers, she raps in English. “When I started rapping, I wanted as many people as possible to understand me and not just limit myself to francophone countries,” she told Clique back in May, “I really want it to be an international thing.”

“I’m a child of the diaspora. You can feel it in my music.”

If Youv Dee and Lean Chihiro are examples of French rap diversifying, then Bamao Yendé is an example of French music at large diversifying. DJ, tastemaker and head of the eclectic Boukan Records, Yende is a pioneer when it comes to artistic fusion. “I would say that my music is somewhere between offbeat Coupé [a type of popular dance music originating from Côte d'Ivoire and the Ivorian diaspora in Paris] and UK garage, via R&B, baile funk and kuduro,” explains Yendé.

“I’m a child of the diaspora,” he says. “I share two different cultures. I grew in France, but my parents are from Africa. I was raised listening to African music. It’s part of my identity. You can feel it in my music.” 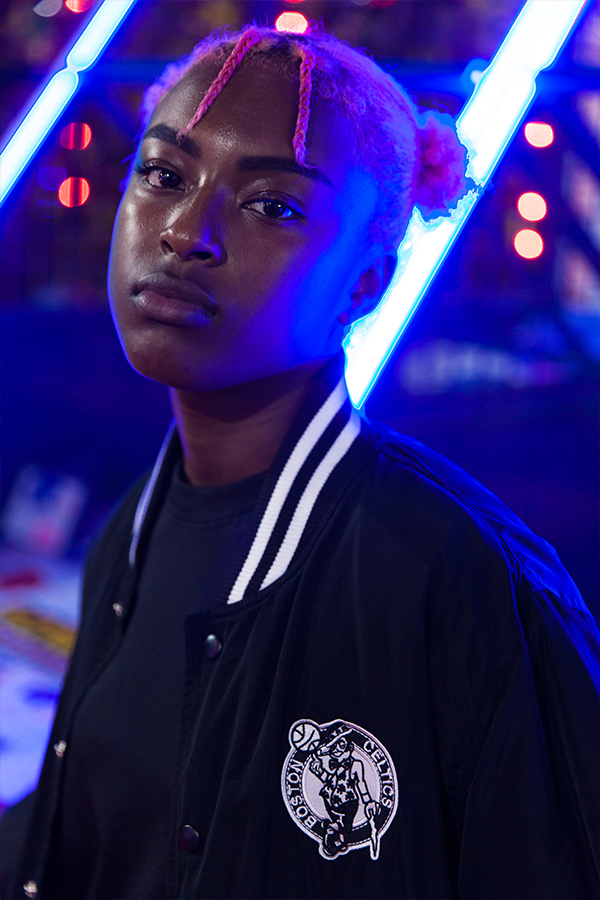 Boukan Records has become like a family for many young artists coming up in the Paris scene, offering them not just a platform to release their music but also a community and support network. To him, Paris’ new generation is only just getting started. “It’s very promising, and there are a lot of innovative projects coming soon,” explains Yende, “like the group Nyoko Bokbae, who are really at the border of different styles ranging from hip-hop to afrobeat.”

Thanks to the internet, the culture we consume is now endlessly moving and transforming, influenced by scenes all across the planet but also across time. Led by young artists like Youv Dee, Lean Chihiro and Bamao Yende, a Parisian scene that once thrived on gritty realism and pensive freestyles is now discovering a new vitality and imagination. Their music is full of life and effervescence, capturing an ever-changing city in vivid snapshots of rap magic. And it’s only going to get better. In the words of Youv Dee, when we asked about how life in France is for a new artist right now, “Life, here and all over Europe, is about to change.”

EACH OF THE ARTISTS WEAR APPAREL FROM OUR NBA RANGE