The West London rapper is known for mixing genres to create vibrant new sounds. In this interview, he tells us about his inspirations, his style and why mentors are vital.

Versatility seems like a strange word to associate with your average rapper, but AJ Tracey is not your average rapper. Since dropping his debut self-titled album back in 2019 , he’s defined himself as an artist without limits. He’s made rap tunes, yeah, but also UK garage, drill, emotive hip-hop, club bangers and even his own hybrid of country music featuring guitars, strings and 808s (see “Country Star”). Add to that his collaborations with T-Pain, Kehlani, Skepta, Mabel, Headie One, Stormzy, Aitch and Not3s to name a few. Now with album number two under his belt (FLU GAME reached #2 in the UK charts in April) and the FLU GAME arena tour planned this winter, there’s no predicting where this imaginative West Londoner will go next.

“I used to listen to a lot of UK garage,” he said in an interview with New Era, in which he tried to explain the mass of genres that inspire his sound. “My mum used to play jungle in the house. And I was obviously heavy on rap… I had so many different influences. That's why my sound is kind of all over the place. I kind of hop between genres, because this is how I was brought up. For me it's really boring to just stick in one genre, man. It just doesn't make sense to me. If you're an artist and you're creative, you want to create, so putting yourself in a box is not creative, is it?”

AJ chatted to New Era as part of a short film made on the streets of West London, in which he explores his inspirations, style influences and passion for streetwear. He is one of the many faces on the front of New Era’s explosive new music campaign, “The Music Generations”, which celebrates the brand’s historic through culture by championing pioneering artists across all genres, from the hyped alt-pop band Easy Life to the legendary Dizzee Rascal, to AJ himself. As part of the collab, AJ designed his own New Era collection which is directly inspired by the basketball themes of his new album. But instead of the Chicago Bulls, AJ’s hats feature his own imaginary team, Revenge Athletic. The New Era x AJ Tracey collection includes a 9FIFTY (black and white), bucket hats (black and white), a 9FORTY (black and white) and AJ’s go-to 59FIFTY in black and orange.

“I had loads of New Era caps growing up. I had all sorts of crazy stuff. My nickname used to be Loony, so I had a hat with Bugs Bunny sprayed on it with carrots. I had everything, to be honest. I was on the hats thing. I loved it… So, me being able to put my own spin on a hat is just everything, because I don't need to wear any other one,” he said. “With this collab, I really want people to look at it and be inspired, like: yo, I was just a kid who used to wear New Era and save up all my money, and now I’m here designing one and putting it out for the people.”

One thing AJ is sure about, is that he wouldn’t be where he is today without the support of icons that helped him become part of the new wave of UK rap music. He names P Money, Skepta, Novelist and many more as mentors and peers who helped him step up when he needed them. And he intends to do the same for those around him. “I just show love, because you need to give people their flowers while they're still here,” he said. “If I see something I like, I make it known that I like it… There's room for everyone in the scene and I think it's good to uplift everyone. So, that's the kind of my path that I'm on now – just a positive, righteous one.”

Enjoy UK hip hop at its best with the official New Era AJ Tracey Revenge Athletic Black 59FIFTY Fitted Cap. Rendered in black, the fitted crown is matched with a flat visor that boasts a grey underside. While an AJ Tracey 'R’ logo features to the front of the cap, a wordmark logo is positioned to the rear.

Recognise one of the UK’s biggest hip hop talents by grabbing the official New Era AJ Tracey Revenge Athletic Black 9FIFTY Snap Cap. Rendered in black, the design features a Revenge Athletic wordmark graphic to the front and is equipped with a flat visor that boasts a green underside. The cap’s snap closure allows you to alter the fit for total comfort. 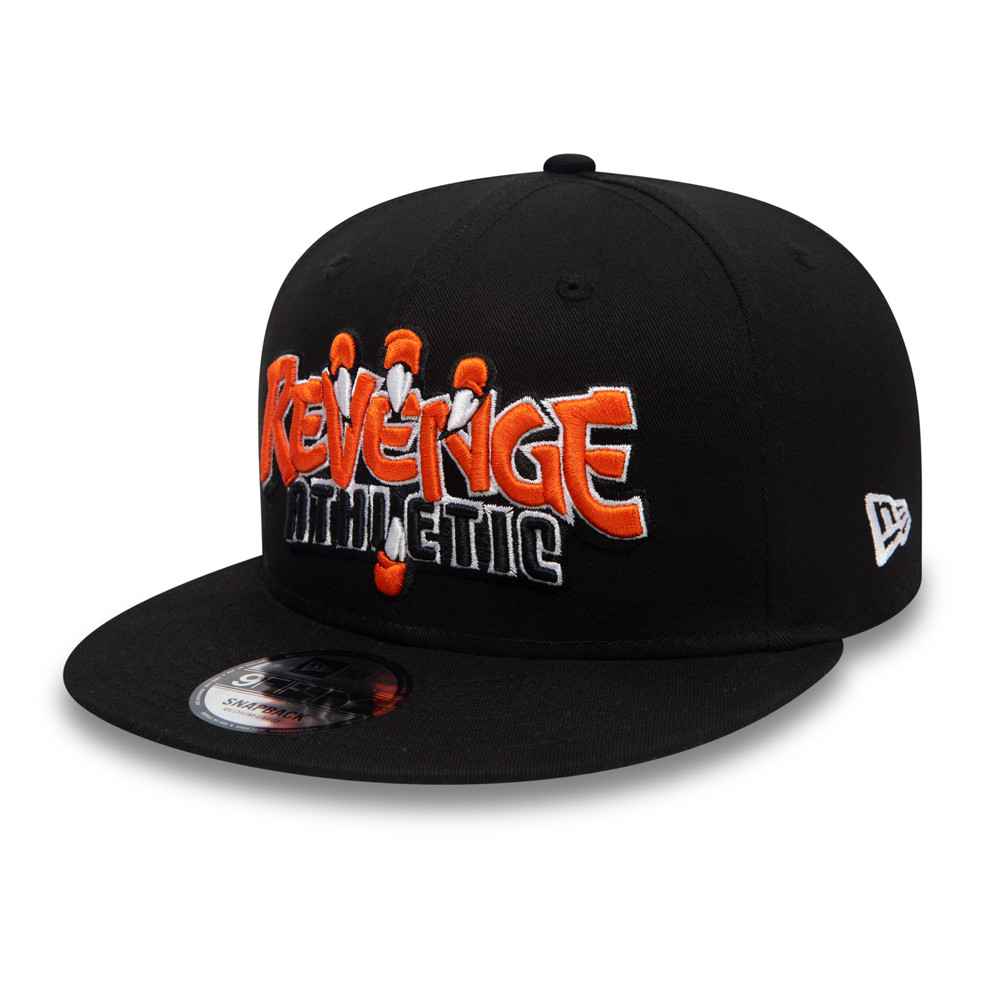 Embrace UK hip hop style by picking up the official New Era AJ Tracey Revenge Athletic Black 9FORTY Adjustable Cap. Rendered in black, the design benefits from an adjustable closure for easy changes to the fit. An AJ Tracey 'R’ logo features on the front of the crown, which is paired with a curved visor that boasts a colour-contrasting, green underside. 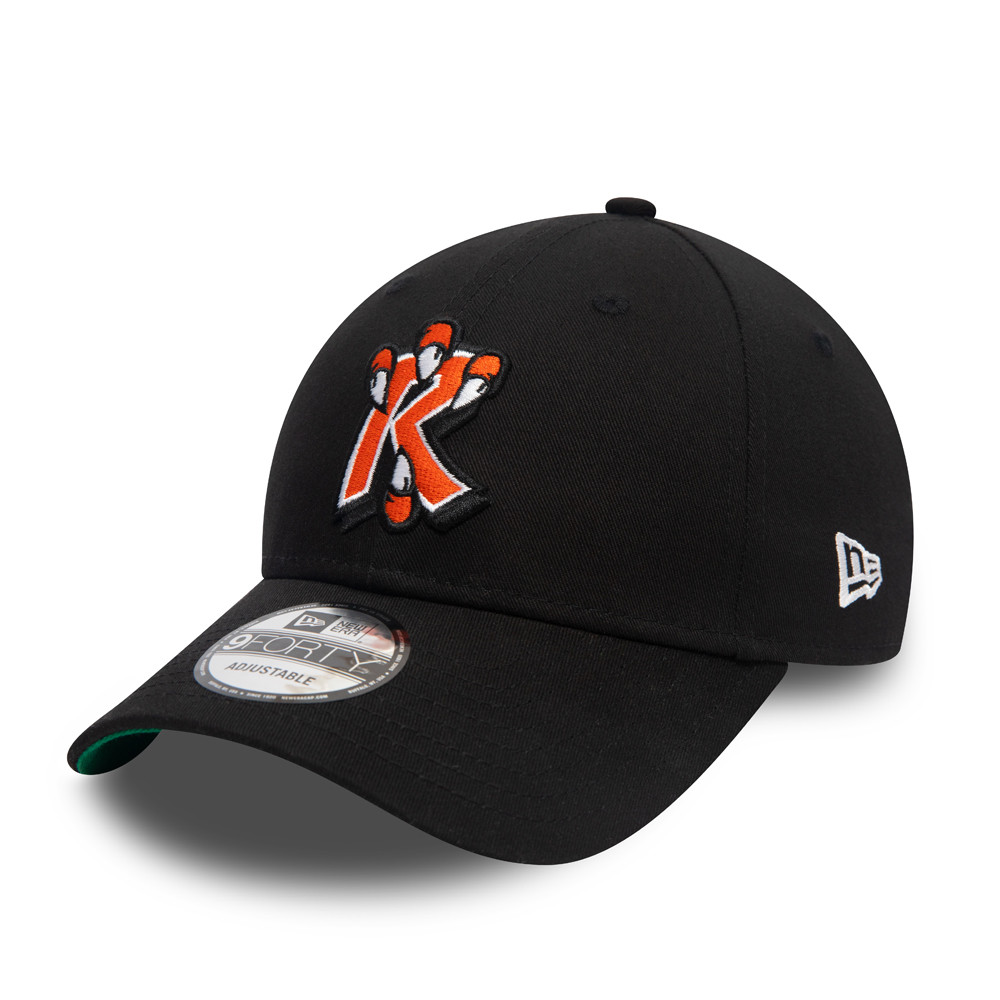 Celebrate the release of AJ Tracey’s new album by picking up the official New Era AJ Tracey Revenge Athletic Orange 59FIFTY Fitted Cap. Boasting a Revenge Athletic wordmark on the front, the fitted crown is finished in orange and paired with a flat visor that features a grey underside. An 'R’ AJ Tracey logo is positioned to the rear of the design. 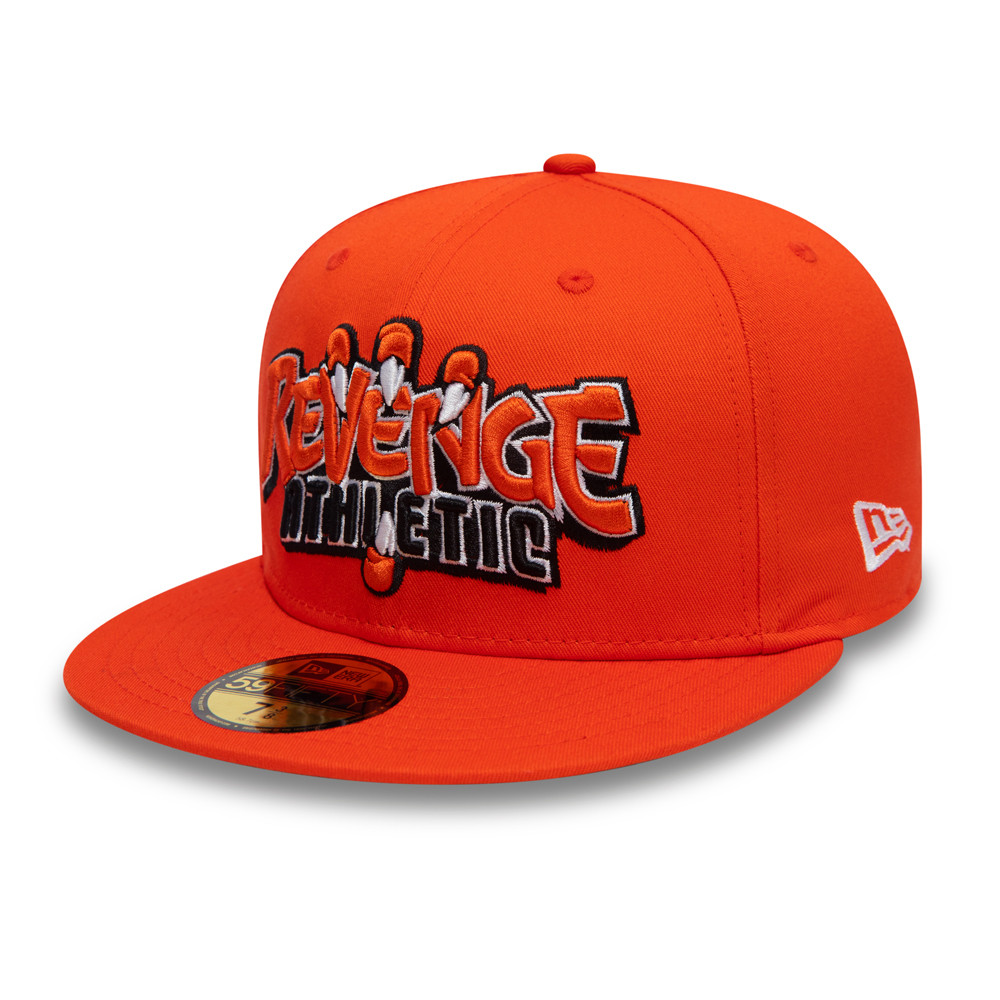 Take UK hip hop style to the streets with the official New Era AJ Tracey Revenge Athletic White 9FORTY Adjustable Cap. Rendered in white, the design is equipped with a curved visor that boasts a green underside and is also fitted with an adjustable closure for customisable sizing. An AJ Tracey 'R’ logo is positioned on the front of the crown. 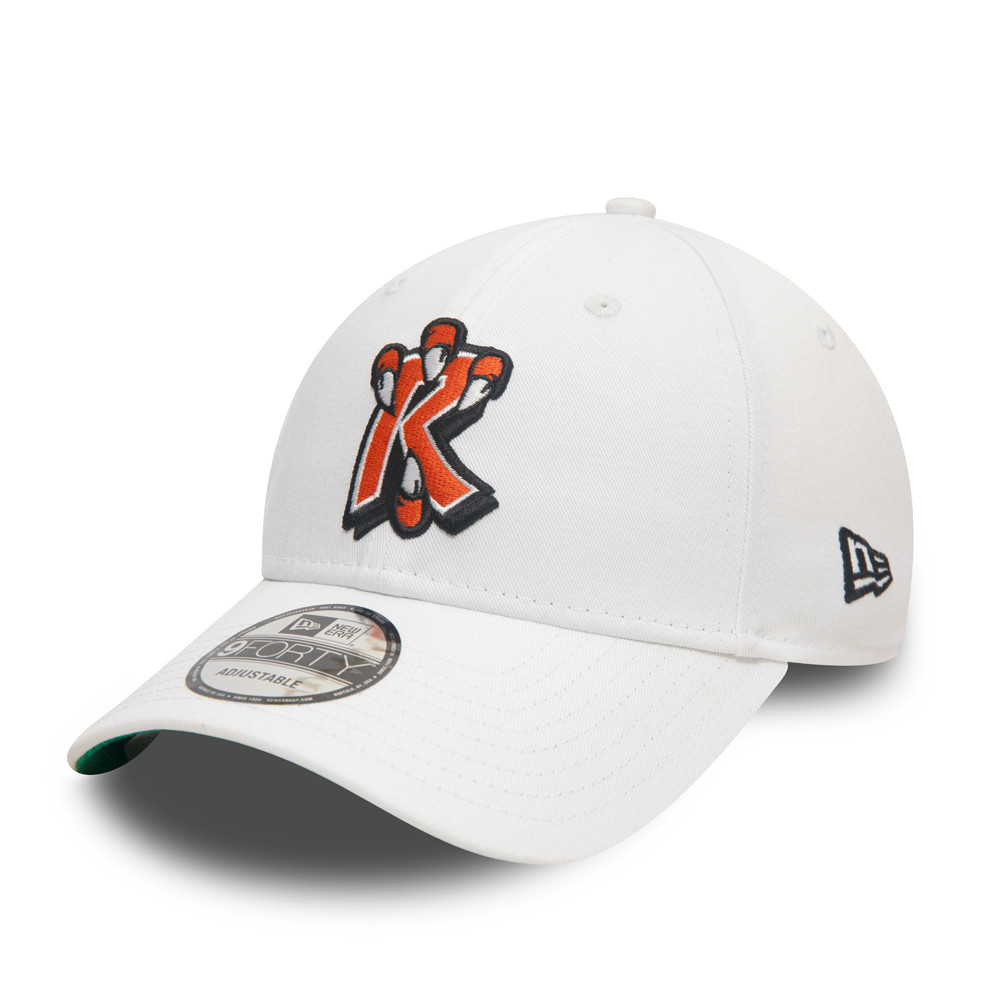